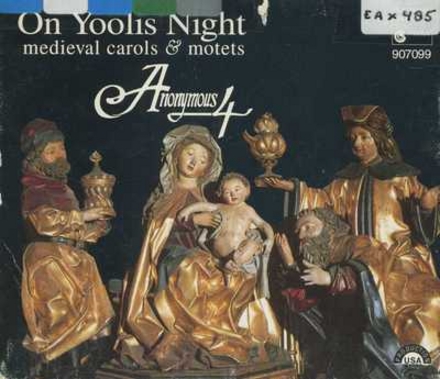 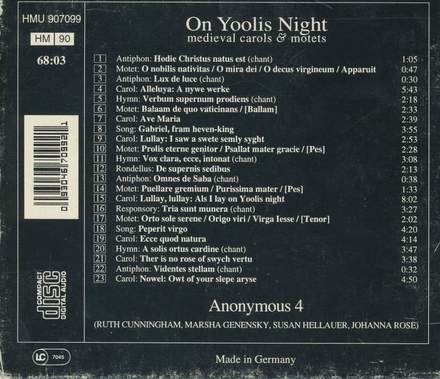 CC BY 2.0 - Image by roanokecollege

Anonymous 4 was an American female a cappella quartet, founded in 1986 and based in New York City. Their main performance genre was medieval music, although later they also premiered works by recent composers such as John Tavener and Steve Reich.

The name of the group is a pun on the name used to refer to an anonymous English music theorist of the late 13th century, Anonymous IV, who is the principal source on the two famous composers of the Notre Dame school, Léonin and Pérotin.

Anonymous 4 performed in cities throughout North America, and were regulars at major international festivals. The 2003–2004 season was their last as a full-time recording and touring ensemble, but they continued to tour and make recordings while pursuing individual projects.

Work of Anonymous 4 in the library

The origin of fire : music and visions of Hildegard von Bingen