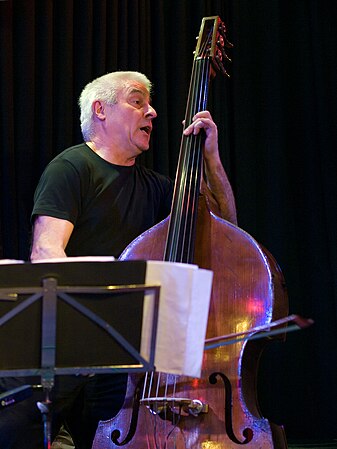 Barry John Guy (born 22 April 1947, in London) is a British composer and double bass player. His range of interests encompasses early music, contemporary composition, jazz and improvisation, and he has worked with a wide variety of orchestras in the UK and Europe. He studied at the Guildhall School of Music under Buxton Orr, and later taught there.

Born in London, Guy came to the fore as an improvising bassist as a member of a trio with pianist Howard Riley and drummer Tony Oxley (Witherden, 1969). He also became an occasional member of John Stevens' ensembles in the 1960s and 1970s, including the Spontaneous Music Ensemble. In the early 1970s, he was a member of the influential free improvisation group Iskra 1903 with Derek Bailey and trombonist Paul Rutherford (a project revived in the late 1970s, with violinist Philipp Wachsmann replacing Bailey). He also formed a long-standing partnership with saxophonist Evan Parker, which led to a …Read more on Wikipedia

Work of Barry Guy in the library

In darkness let me dwell 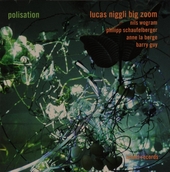