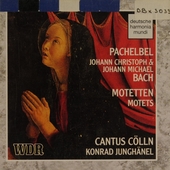 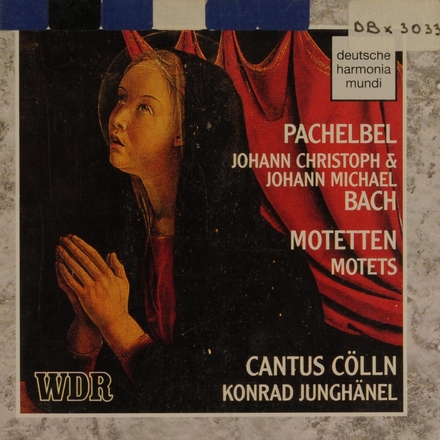 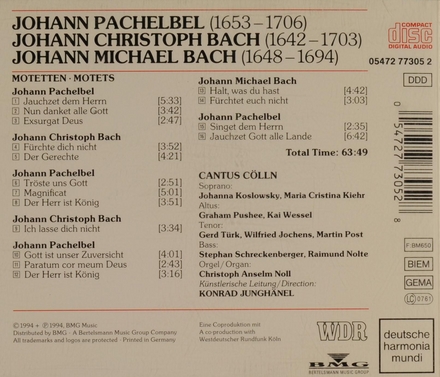 Konrad Junghänel (born 27 February 1953) is a German lutenist and conductor in the field of historically informed performance, the founder and director of the vocal ensemble Cantus Cölln.

Junghänel studied at the Hochschule für Musik und Tanz Köln. He has given solo concerts internationally and has worked with ensembles such as Les Arts Florissants, La Petite Bande, Musica Antiqua Köln and Tafelmusik Baroque Orchestra. As a lutenist, he recorded works by Jacques Bittner in 1984. He is particularly known for his lute recitals of Johann Sebastian Bach and Sylvius Leopold Weiss, and received the Preis der Deutschen Schallplattenkritik for his solo recording of a piece by Weiss in 1985. He has collaborated with countertenor René Jacobs and gambist Wieland Kuijken, and has also played theorbo, such as a 13-course chitarrone and a 14 course liuto attiorbato, among others.

In 1987, Junghänel founded the vocal ensemble Ca…Read more on Wikipedia

Work of Cantus Cölln in the library 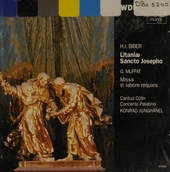 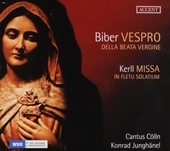 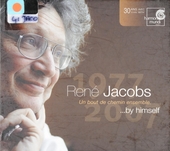