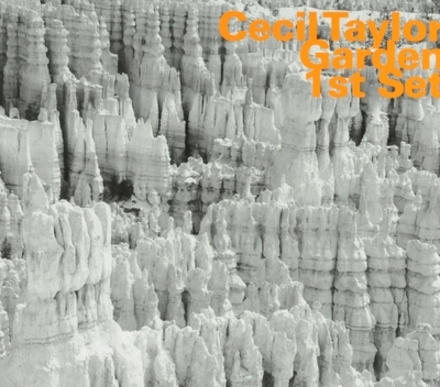 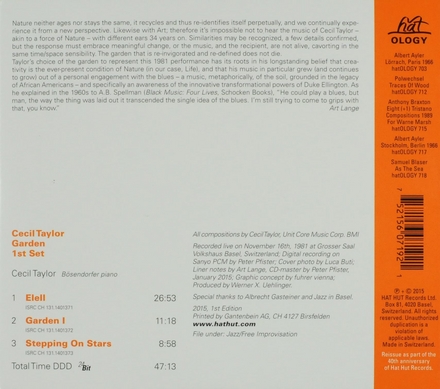 Taylor was classically trained and was one of the pioneers of free jazz. His music is characterized by an energetic, physical approach, resulting in complex improvisation often involving tone clusters and intricate polyrhythms. His technique has been compared to percussion. Referring to the number of keys on a standard piano, Val Wilmer used the phrase "eighty-eight tuned drums" to describe Taylor's style. He has been referred to as being "like Art Tatum with contemporary-classical leanings".

Taylor was raised in the Corona, Queens neighborhood of New York City. As an only child to a middle-class family, Taylor's mother encouraged him to play music at an early age. He began playing piano at age six and went on to study at the New York College of Music and New England …Read more on Wikipedia

Work of Cecil Taylor in the library