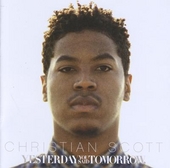 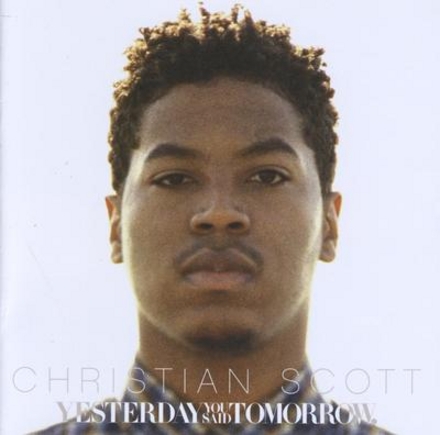 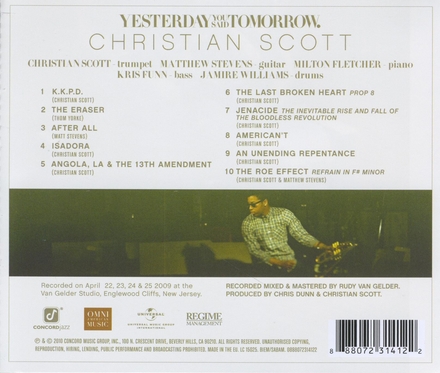 Christian Scott (born March 31, 1983), known professionally as Christian Scott aTunde Adjuah, is an American trumpeter and composer. Adjuah is a two-time Edison Award, winner, the recipient of the JazzFM Innovator of the year Award in 2016, and has been nominated for five Grammy Awards. as a leader. Adjuah is the grandson of Big Chief Donald Harrison Sr., the nephew of jazz saxophonist Donald Harrison Jr., and is a chieftain in the Afro New Orleanian Tribes, also known as Black Indians.

Adjuah was born on March 31, 1983, in New Orleans, Louisiana, to Cara Harrison and Clinton Scott III. He has a twin brother, writer-director Kiel Adrian Scott. Beginning at age of 12, he was tutored by his uncle, jazz alto saxophonist Donald Harrison Jr. By 14, he was accepted into the New Orleans Center for Creative Arts (NOCCA), where he studied jazz under the guidance of program directors Clyde Kerr, Jr. and Kent Jordan. At 1…Read more on Wikipedia

Work of Christian Scott in the library 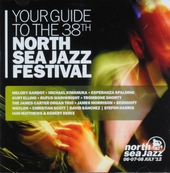 Your guide to the 38th North Sea Jazz Festival 2012