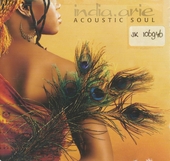 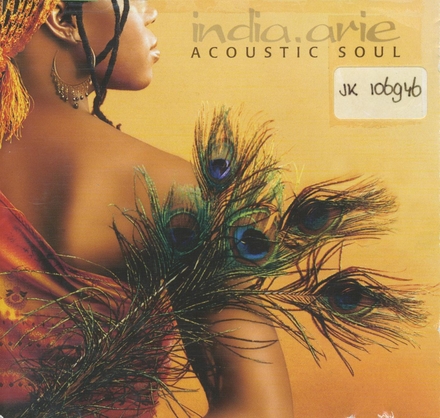 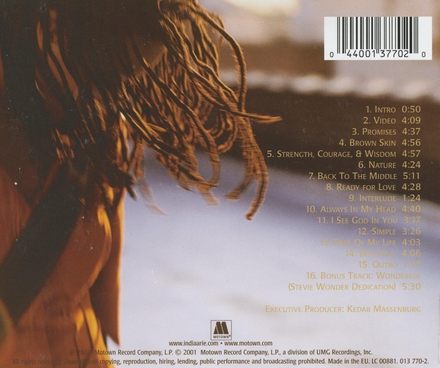 India Arie Simpson (born October 3, 1975), also known as India.Arie (sometimes styled as india.arie), is an American singer and songwriter. She has sold over 3.3 million records in the US and 10 million worldwide. She has won four Grammy Awards from her 23 nominations, including Best R&B Album.

She was born in Denver, Colorado, the daughter of Joyce and Ralph Simpson. Her musical skills were encouraged by both parents in her younger years. Her mother is a former singer (she was signed to Motown as a teenager and opened for Stevie Wonder and Al Green) and is now her stylist. She has an older brother named J'On and younger sister Mary A Martin of Philadelphia, PA. Arie is African-American, and according to a DNA analysis, she descends from the Mende people of Sierra Leone, the Kru people of Liberia and the Fula people of Guinea-Bissau.

After Simpson's parents divorced, her mother moved the family…Read more on Wikipedia

Work of India.Arie in the library 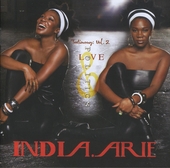 A time to love

Moving out to the country