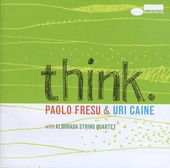 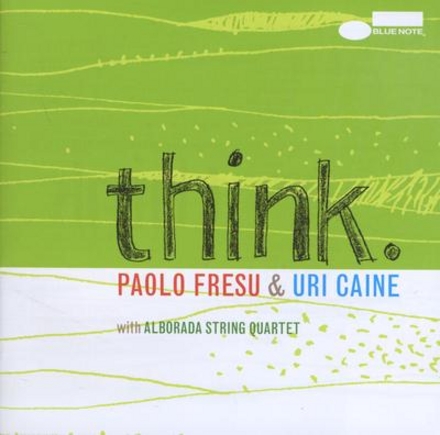 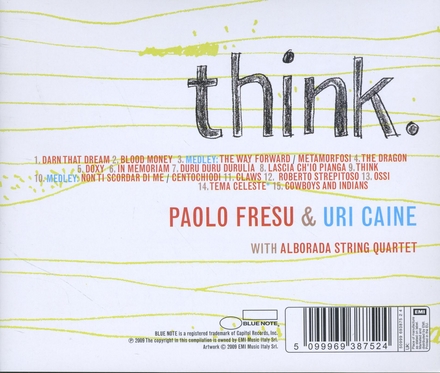 Paolo Fresu (born 10 February 1961) is an Italian jazz trumpet and flugelhorn player, as well as a composer and arranger of music.

Born in Berchidda, Sardinia, Italy, he picked up the trumpet at the age of 11, and played in the band Bernardo de Muro in his home town Berchidda. Fresu graduated from the Conservatory of Cagliari in 1984, in trumpet studies under Enzo Morandini, and attended the University of Bologna School of music and performing arts in Bologna. He made his debut in 1985, with the release of his first album Ostinato.

He has taught at the Siena Jazz National Seminars, as well as jazz university courses in Terni, and is the director of Nuoro Jazz Seminars in Nuoro, Italy.

In 2007, he recorded and toured with Carla Bley's quartet, the Lost Chords.

In 2011, he released Mist…Read more on Wikipedia

Work of Paolo Fresu in the library 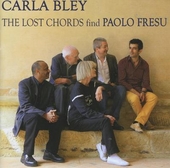 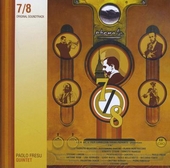 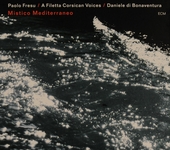 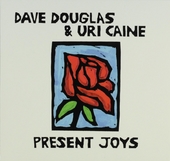