Taylor Ho Bynum (born 1975) is a musician, composer, educator and writer. His main instrument is the cornet, but he also plays numerous similar instruments, including flugelhorn and trumpet.

Bynum was born in Baltimore in 1975, and grew up in Boston. His parents were fans of music, and professional musicians were often in the family home. Bynum's sister is writer Sarah Shun-lien Bynum.

Bynum began playing the trumpet at the age of ten, and played classical music in youth orchestras when at high school. At the age of 15, funding for music was cut at his school, so he joined the jazz big band at a local university instead; there, he was mentored by bass trombonist and tubaist Bill Lowe. Working in an ice cream shop meant that Bynum was able to organize weekly jazz concerts there. Around the early 1990s, Bynum first played with drummer Tomas Fujiwara. Continuing his interest in music, Bynum attended Wesleyan Unive…Read more on Wikipedia

Work of Taylor Ho Bynum in the library 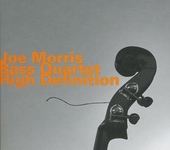 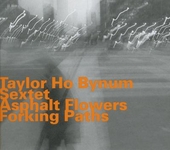